Destinations » UK Travel » Should you visit Clovelly? – A guide to Devon’s most picturesque village

North Devon is filled with beautiful coves and small villages, but none quite come close to Clovelly. The small harbor town attracts over 150,000 visitors every year (probably more with the recent boom in staycations) and is in the Torridge district of North Devon. Clovelly has a population of around 450 people who enjoy some of the most beautiful views over the Bristol Channel. Sounds great right? But should you visit Clovelly?

A brief history of Clovelly

Clovelly is a protected / privately owned village which means all the history and original features of the village cannot be changed without special permissions. The cobbled streets mean the village isn’t accessible to cars therefore keeping the village as it was some 400 years ago when it was first built. (There is a small service road for the hotel and the bottom of the harbour).

The estate of Clovelly was originally owned by William the Conqueror, King of England. In 1242 it was then bought by the Giffard family

Clovelly was fairly unknown to people outside of the village until the middle of the 19th century when Charles Kingsley’s featured the village in his novel ‘Westward Ho!’. After the success of the book many more people began to visit Clovelly!

The estate was inherited by Christine Hamlyn in 1884 who married in 1889. Christine and her husband began renovating the village’s cottages and you’ll find her initials all around Clovelly for this exact reason. The current owner of Clovelly is Christine’s great grandnephew, John Rous.

If you want to learn about Clovelly’s history in more detail, then make sure you check out one of the two museums when you visit as they offer a lot of detail into Clovelly’s early history and origins. 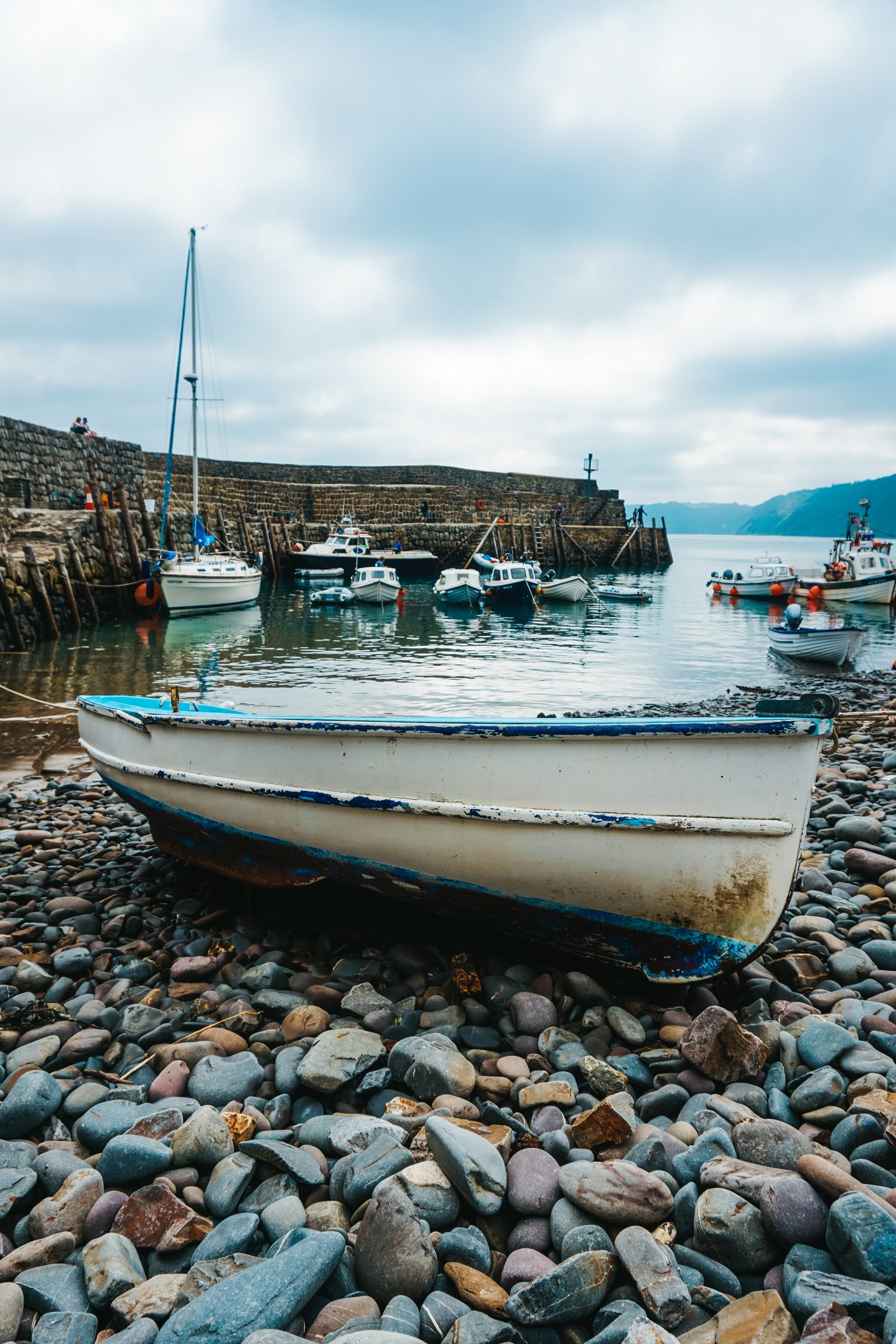 What to see when you visit

When you arrive at the visitor centre, you’ll soon find out that there’s plenty to see and do in Clovelly. Check out the pottery studio for some fun with the kids and try your hand at making your own pottery. There are also the donkey stables, and if the Donkey’s aren’t in then they’ll be trotting around Clovelly so keep your eyes peeled!

The Kingsley Museum can be found around halfway down the cliff face (perfect for stopping of for a little rest). Inside you’ll find more information about Clovelly’s history and Charles Kinglsey himself. You’ll also find Clovelly’s small chapel that is usually open for visitors.

The fisherman’s cottage museum gives you a deep dive into Clovelly’s past and how the villagers used to live. The cottage has been styled and decorated in the exact way it would have been all those years ago! You won’t believe how small it is inside!

As you walk down the hill keep your eyes out for villagers transporting their shopping or other goods up and down the hill. Since there is no access for cars, they people of Clovelly use small wooden pallets or sledges with string attached to drag things up and down the cobbled streets! 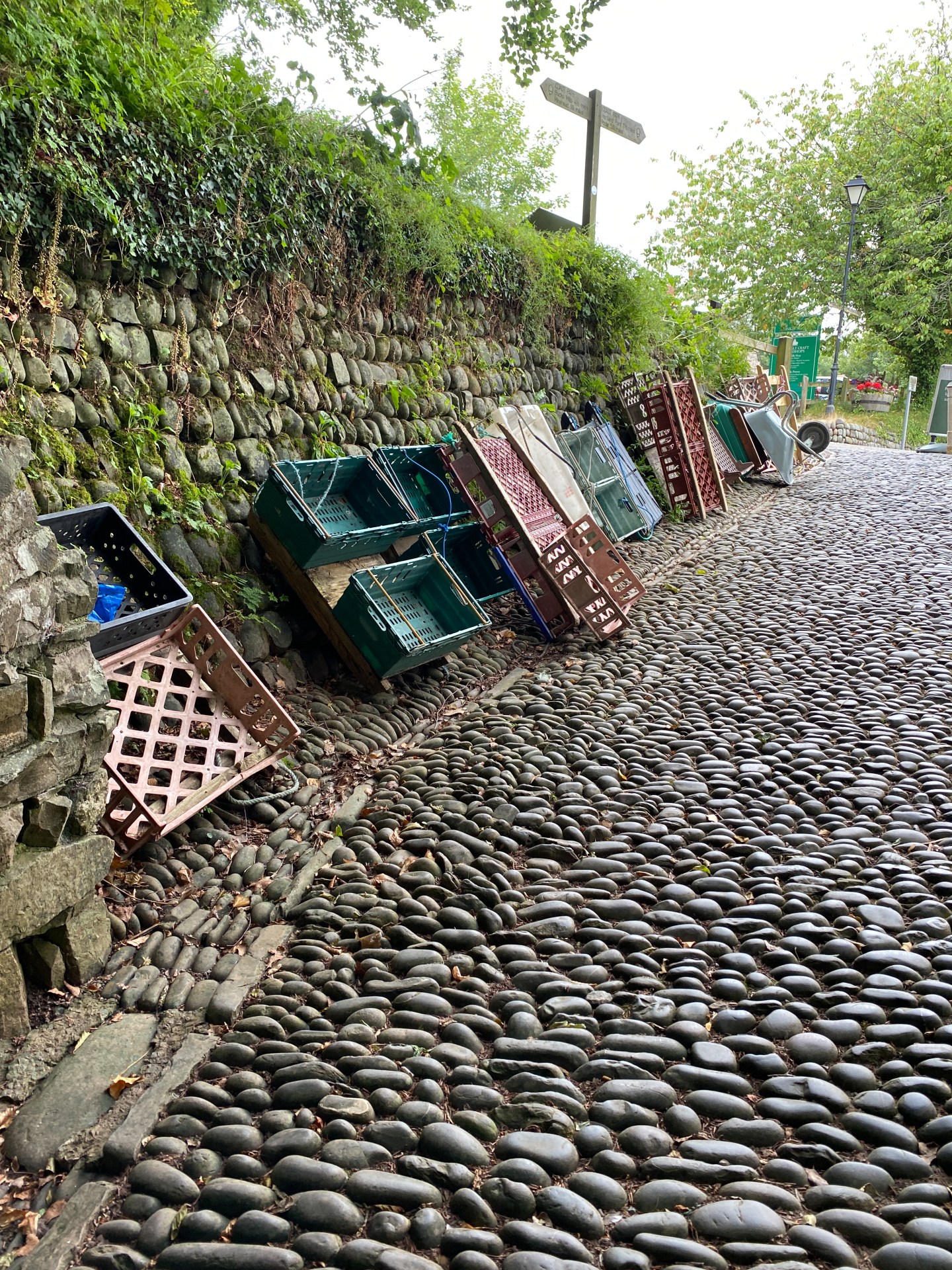 Can you stay in clovelly?

Living in Clovelly might be a little bit complicated due to the fact you must apply to have a house here! However, when you visit Clovelly you do have the option to stay in the small village for a night or two. It’s quite easy to do so and you have a couple of options.

The 4-star, Red Lion Hotel in the harbour has 17 stunning rooms, all of which boast a sea view! The hotel has its own bar and restaurant which are also highly rated online. You’ll be able to pick up a room for around

If you’d rather experience staying in one of the traditional fisherman’s cottages, then there are a few small bed and breakfasts perched upon the hill that you can stay in. They also work out a little bit cheaper than the hotel.

Either way, staying in Clovelly will be an experience you’ll never forget! 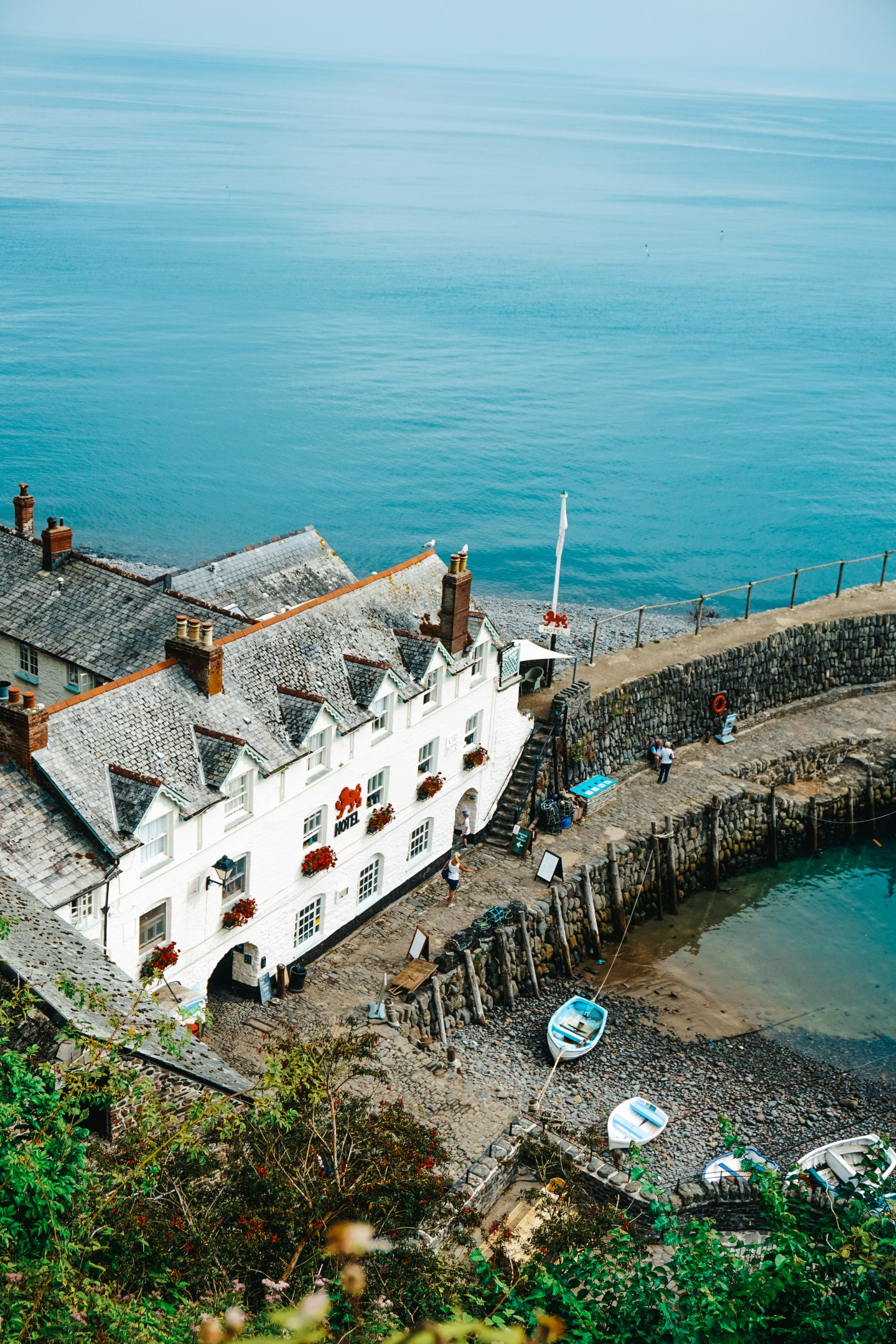 As Clovelly is a privately owned area there is a small fee for admission to the village and its surrounding woodlands. The money raised from admission fees helps to keep the Village clean and tidy as well as contributing towards the general upkeep of footpaths and buildings. Having a paid entry fee also means that visiting Clovelly, even at the peak of summer, will never become a free for all!

Ticket prices are as follows:

Parking is available at the visitor center and is included within the entrance fee. You’ll also receive access to the court gardens with the ticket. From the car park, you’ll have very easy access to all the above areas of Clovelly and the surrounding area.

More information regarding ticketing and parking can be found at www.clovelly.co.uk.

Make sure you wear suitable footwear, walking shoes if you have them but if not, you can get away with trainers. The steep hills are a challenging walk both up and downhill. The cobbled streets are far from anything you’ll find in most modern towns, so you’ll need some good ankle support.

Bring water! Especially in summer. The walk is a lot more challenging than some might think so make sure you stay hydrated by bringing plenty of water and stopping for regular breaks.

Still not sure if Clovelly is worth visiting? Maybe this will convince you. If you’re up for a little adventure then make sure to take the extra time to walk along the rocky beach to find the beautiful Clovelly Waterfall. A lot of visitors miss out on the waterfall as its well hidden!

If you do think you’ll struggle with the walk there’s a small Land Rover that will take you up or down the service road if needed! (Picture below)! 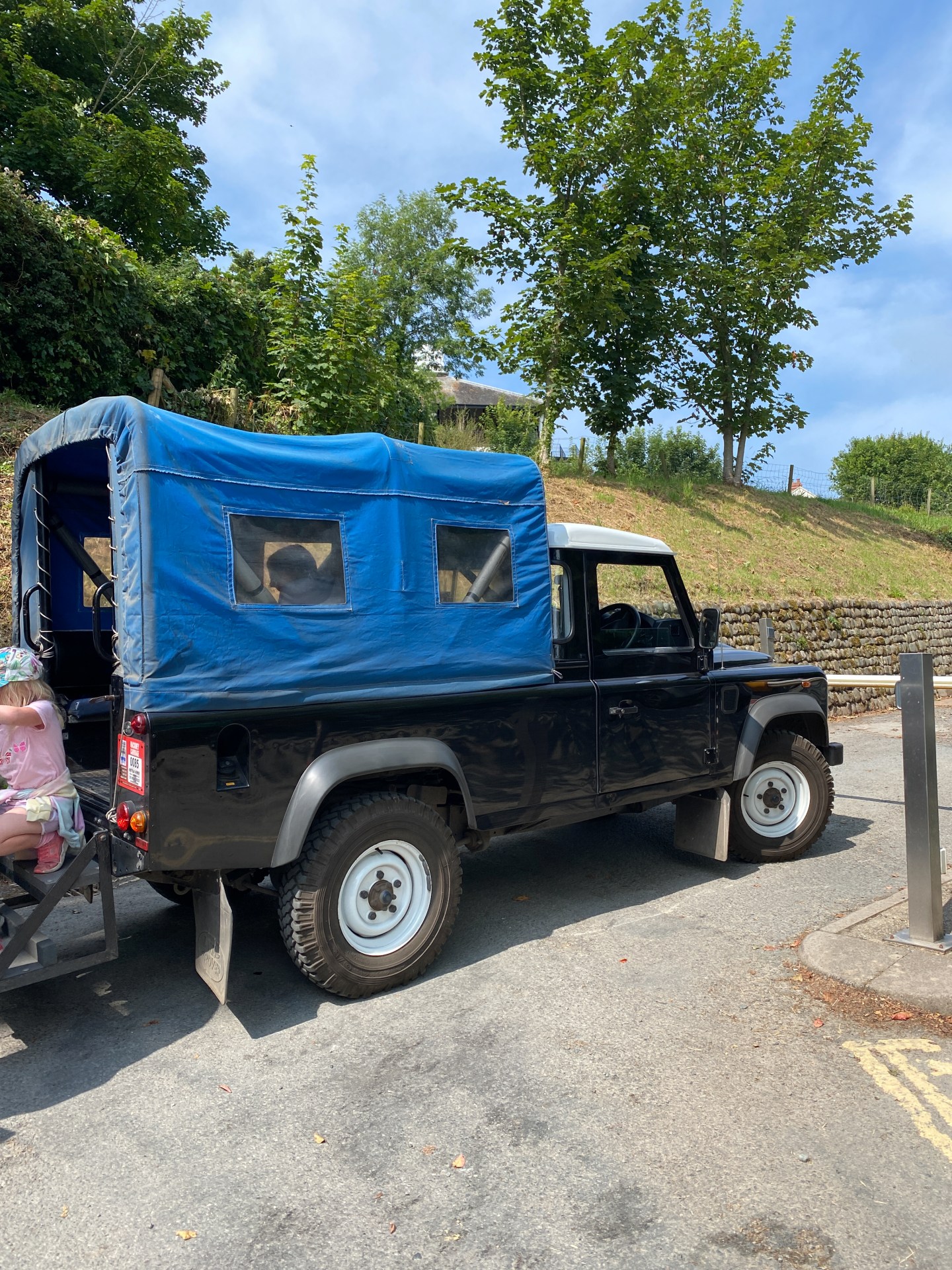 So, is Clovelly worth a visit?

I’ve tried to cover all aspects about visiting Clovelly to give you the best possible overview of the small village. If you have any more questions, then drop a comment below and I’ll do my best to get back to you with the most up to date information. So, do you think that you’ll visit Clovelly? Let me know down below! 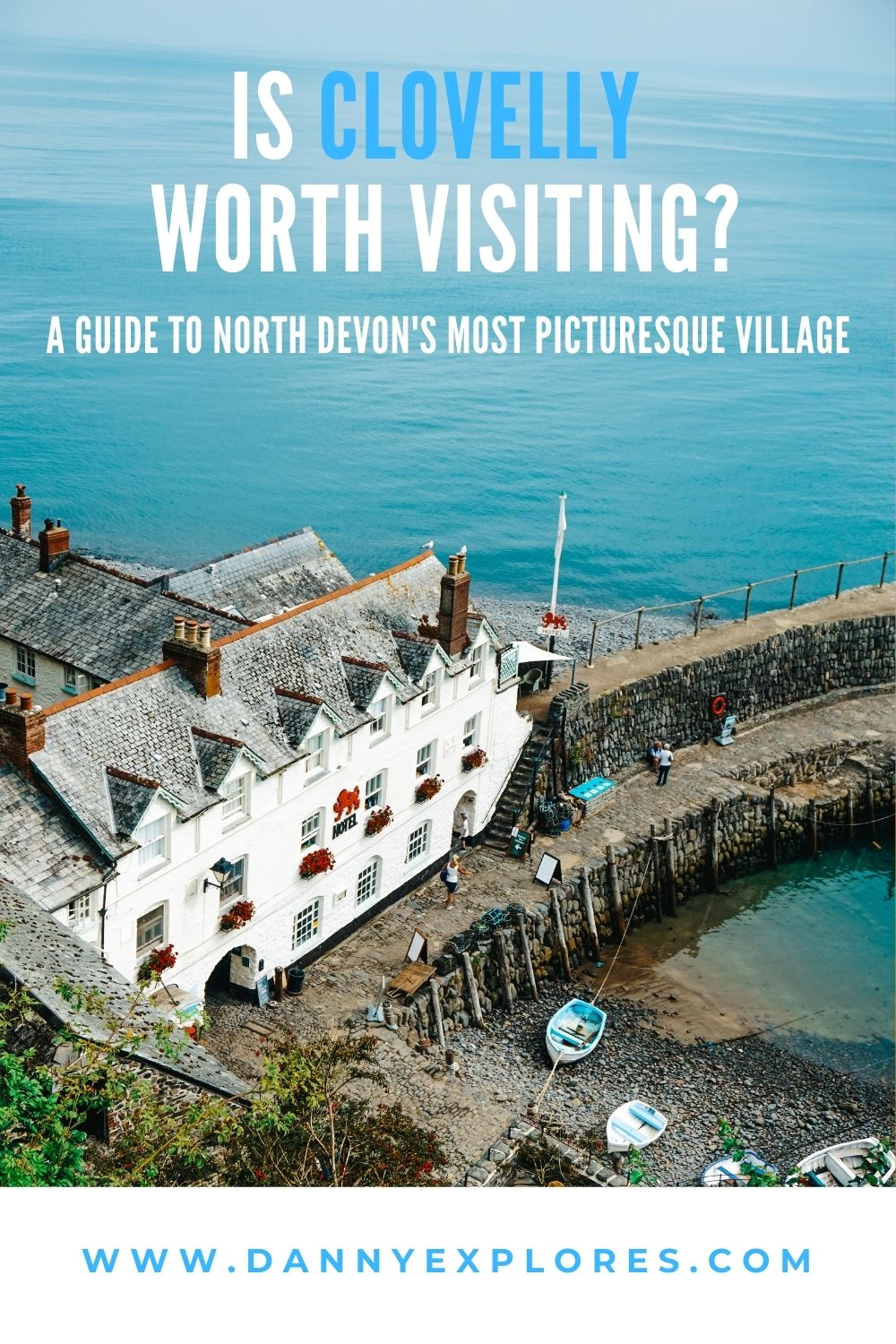 You may also enjoy:

This site uses Akismet to reduce spam. Learn how your comment data is processed.

I'm a 20 something year old adventure travel blogger on mission to inspire others to explore the outdoors and go on new adventures!

Some of the links on this website may contain affiliate links. I may received commissions from purchases made via these links however the links will not affect the price you pay for the product.